What are quantum dots?

Quantum dots, or QDs, are semiconductor nanoparticles or nanocrystals, usually in the range of 2-10 nanometers (10-50 atoms) in size. Their small size and high surface-to-volume ratio affects their optical and electronic properties and makes them different from larger particles made of the same materials. Quantum dots confine the motion of conduction band electrons, valence band holes, or excitons (bound pairs of conduction band electrons and valence band holes) in all three spatial directions. Quantum dots are also sometimes referred to as ‘artificial atoms’, a term that emphasizes that they are a single object with bound, discrete electronic states, similarly to naturally occurring atoms or molecules.

Many types of quantum dot are fluorescent - they emit light of specific frequencies if electricity or light is applied to them. These frequencies can be tuned by changing the dots' size, shape and material, opening the door to diverse applications. Generally speaking, smaller dots appear blue while larger ones tend to be more red. Specific colors also vary depending on the exact composition of the QD.

Thanks to their highly tunable properties, QDs are attracting interest from various application developers and researchers. Among these potential applications are displays, transistors, solar cells, diode lasers, quantum computing, and medical imaging. Additionally, their small size enables QDs to be suspended in solution, which leads to possible uses in inkjet printing and spin-coating. These processing techniques may result in less-expensive and less time consuming methods of semiconductor fabrication.

Quantum dots are considered especially suitable for optical applications, thanks to their ability to emit diverse colors, coupled with their high efficiencies, longer lifetimes and high extinction coefficient. Their small size also means that electrons do not have to travel as far as with larger particles, thus electronic devices can operate faster. Examples of applications that take advantage of these electronic properties include transistors, solar cells, quantum computing, and more. QDs can greatly improve LED screens, offering them higher peak brightness, better colour accuracy, higher color saturation and more.

QDs are also very interesting for use in biomedical applications, since their small size allows them to travel in the body, thus making them suitable for applications like medical imaging, biosensors, etc.

Graphene is a material made of carbon atoms that are bonded together in a repeating pattern of hexagons. Graphene is so thin that it is considered two dimensional. Graphene's flat honeycomb pattern gives it many extraordinary characteristics, such as being the strongest material in the world, as well as one of the lightest, most conductive and transparent. Graphene has endless potential applications, in almost every industry (like electronics, medicine, aviation and much more). The single layers of carbon atoms provide the basis for many other materials. Graphite, like the substance found in pencil lead, is formed by stacked graphene. Carbon nanotubes are made of rolled graphene and are used in many emerging applications from sports gear to biomedicine.

Additional properties of GQDs such as high transparency and high surface area have been proposed for energy and display applications. Because of the large surface area, electrodes using GQDs are applied for capacitors and batteries.

The US Department of Energy’s (DOE) Office of Fossil Energy (FE) has selected three projects to receive approximately USD$3 million in federal funding for cost-shared research and development projects.

Researchers at the National Institute of Standards and Technology (NIST) and their colleagues have used graphene and STM technology to create and image a novel pair of quantum dots — tiny islands of confined electric charge that act like interacting artificial atoms. Such “coupled” quantum dots could serve as a robust quantum bit, or qubit, the fundamental unit of information for a quantum computer. Moreover, the patterns of electric charge in the island can’t be fully explained by current models of quantum physics, offering an opportunity to investigate rich new physical phenomena in materials. 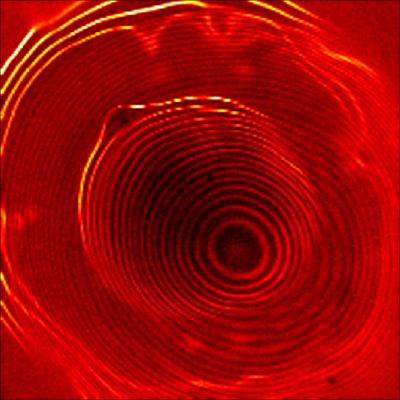 The NIST -led team included researchers from the University of Maryland NanoCenter and the National Institute for Materials Science in Japan. The team used the ultrasharp tip of a scanning tunneling microscope (STM) as if it were a stylus of sorts. Hovering the tip above an ultracold sheet of graphene, the researchers briefly increased the voltage of the tip.

Turkey-based Quantag Nanotechnologies was established in 2014 as a spin-off from a Turkey-based market-leading petroleum company to develop advanced tagging technologies. The company offers tagging solutions (which it calls Quantum Tagging Technology) based on quantum dots - and is offering complete systems based on its own tags (QDs) and sensors (readers).

Quantag has already deployed two commercial solutions for the brand protection market in, both in Turkey. One is used in fuel tagging and the other is used to tag paper towel rolls in automated dispensers so that they only work with certified (marked) brands.

A team of researchers at IIT-Gandhinagar in India has discovered an unexpected phenomenon that could have significant implications on the existing protocols followed to synthesize graphene and other two dimensional (2D) nanomaterials.

A popular method to synthesize graphene is liquid-phase exfoliation, in which the graphite powder is mixed in a suitable liquid medium and exposed to bursts of high-intensity sound energy (ultrasonication). This ultrasonic energy delaminates the layered parent crystals into daughter nanosheets that suspend and swim in the organic solvents to form a stable dispersion of 2D nanomaterials.

ZEN Graphene Solutions has signed an agreement with Chemisar Laboratories to provide various consulting services which will include the use of 2,300 square feet of office and laboratory space in Guelph, Ontario starting October 1, 2019. This office will become the company’s new graphene research and development center which will include a small-scale graphene processing and production facility. Additional space is available in the building which will allow ZEN to grow as needed.

In the coming months, ZEN is aiming to setup small-scale graphite purification and graphene-related production facilities including Graphene Quantum Dots (GQD’s) and Graphene Oxide (GO). These products will be available for research and development, application development and for commercial use.